The spread of COVID-19 shut down regular court functions on March 13, 2020. The British Columbia courts were quick to respond with setting up conferences and hearings that occurred via the telephone or over video. This led to unique opportunities and challenges. The Canadian legal system advanced 20 years in innovation in a matter of weeks.

While the courts were well prepared to handle electronic filing (uploading documents to a portal), they were less prepared on how to handle non-in-person hearings. Just because a lawyer uploads something to the court portal, how do they know it will make it in front of the judge? Normally a lawyer would simply pass a binder with all documents up to the court clerk, who would then give it to the judge. 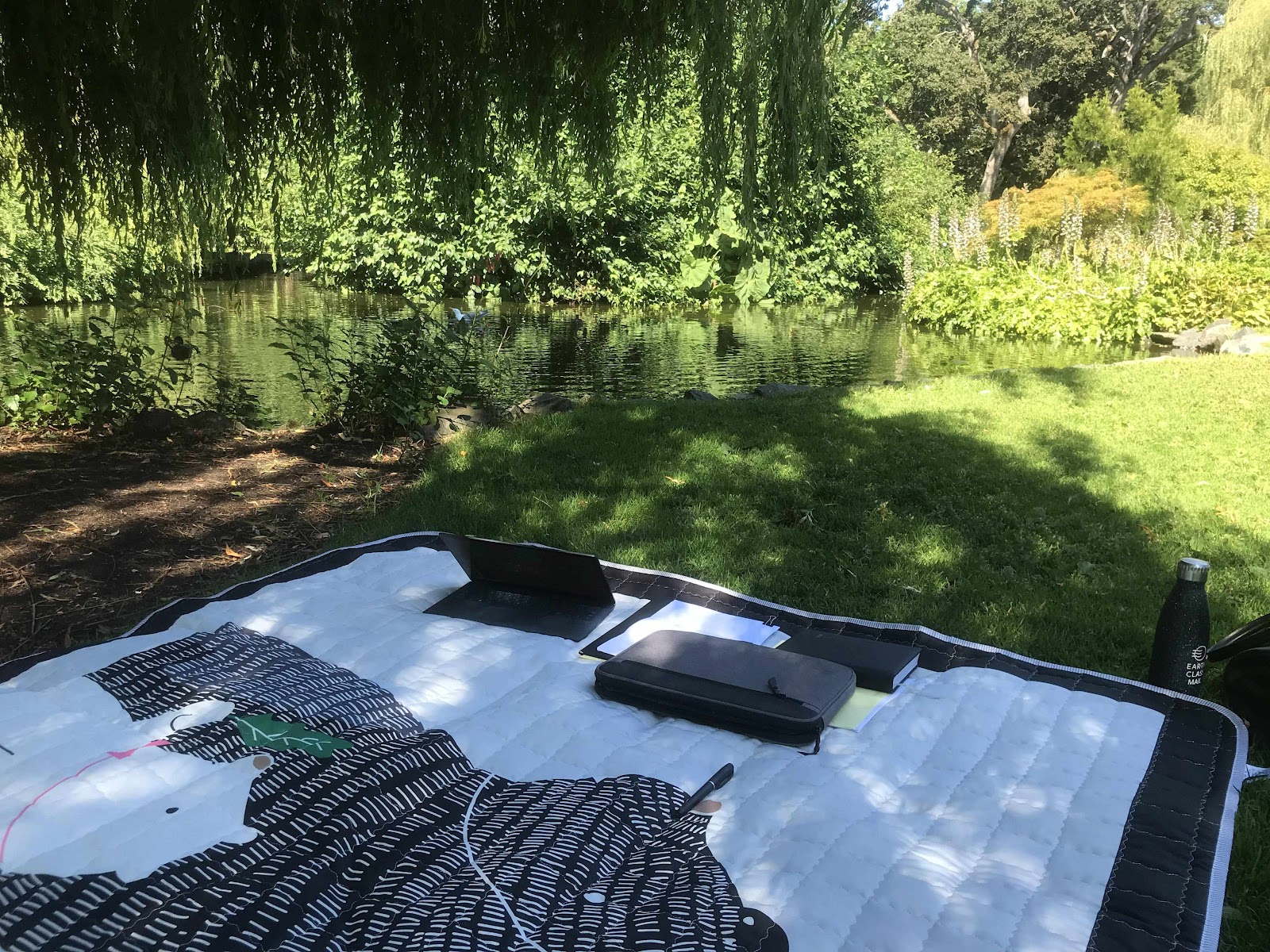 Permanent Changes In the BC Courts

Many law firms are pushing for a permanent switch to phone hearings. However, some people are concerned that a technology-enabled court system could disadvantage low-income people who might not have a cell phone. Many people don’t have a phone, a laptop, and a quiet place to call into the courts.

As the CEO of ClearWay Law, I appeared last week in court over the phone from a blanket at Hill Park. I had been pushing for approval to start an online law firm for years, and COVID-19 was my opportunity to innovate in the legal industry.

There was construction going on where I live, so I had to find a quiet and confidential place to call into court. I found a nice corner of Hill Park, and it went well with the exception of being interrupted by a few rude ducks and peacocks. This will likely be the only time in my career where I can attend court from the park, so I want to take advantage of it.

I recently called into the New Westminister courthouse (from Victoria BC) to listen to a few hearings of interest. On one of the days, the court clerk had to put everyone on hold while they ran around the courthouse trying to find a document. There were around 10 lawyers waiting on the line confused for 30 minutes.

A court is already a stressful place for those that do not have a lawyer. Any additional complications make it even that more challenging. The court rules and procedures were not designed to be easy to navigate.

When the day comes for your hearing,  you call into the courtroom and you need to state your name and press the “pound sign.” Many people call in late, and it announces that so-and-so has just joined the conference call. This is extremely annoying when someone is in the middle of their argument. 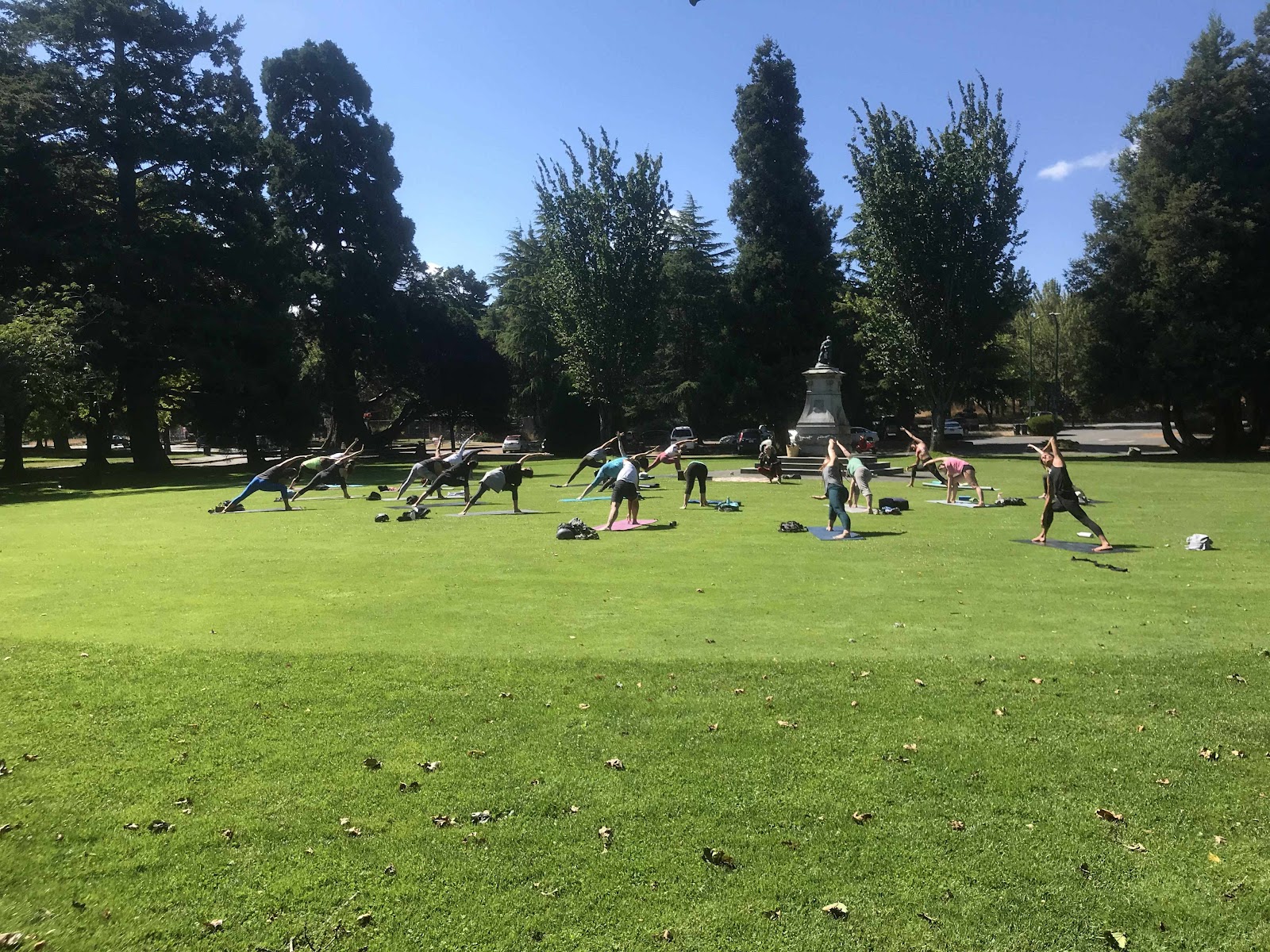 Judges Often Make Decisions Based On In Court Behavior

I have seen times when a judge makes a decision based on how someone presents themselves to the court. For example, if you are self-represented and show up in jeans and a t-shirt, and have an aggressive attitude, I can almost guarantee you will lose your case. How you dress shouldn’t matter, only the facts and laws should. Make sure to do research before going to court.

However, I can tell you judges are human, and judges worked hard to get to where they are. They don’t want to feel disrespected.  If you wear a suit, take the time to learn the court rules, and are respectful in the courthouse (even to the opposing party), you will do much better.

Over the telephone, the judge has no idea if you are being respectful or not. Even worst, during one of my hearings, the judge’s phone kept cutting out. I kept having to say things like ” Sorry, my lord, I couldn’t hear what you said. Can you please repeat it?” I could tell the judge was getting in a bad mood right before I asked the judge to make a favorable decision. This is a scary situation to be in.

Verifying ID Is Much Easier Now

Before COVID-19, a potential client would have to drive to a law firm just to show their driver’s license. These rules are meant to prevent money laundering. However, most areas of law, with the exception of real estate law, have little money laundering risk.

This is a “Law Society” requirement that many law firms have ignored in the past due to the fact that it was not reasonable for many people. If you live in Duncan BC, and you plan to hire a divorce lawyer in Victoria BC, are you going to drive for three hours just to show your ID?

Now with COVID-19, the law society has relaxed their rules, hopefully for good. A lawyer can now ask a potential client to show their ID during the Skype call and match that against the ID that was sent via email.

While there are a number of challenges with telephone hearings, I am hoping that post-COVID-19, the courts don’t go back to what’s comfortable. Innovation is a challenge, but a must, to bring British Columbia court’s into the 2020s.

Alistair Vigier is the CEO of ClearWay Law, a lead generation service for lawyers and Realtors.

Request a call back

Sign up for emails to get updates on Canadian Law and tips for resolving your legal issues. We love to help by providing free helpful content!